Bonjour from Port Chalmers –
Since our return from France, we have revised the itinerary of our Scotland-France 2020 tour, changing some hotels, adding extra lunches and allowing for some late starts, but the most significant amendment was extending the stay in Collioure to six nights.  Françoise’s property is an amalgamation of two village houses and it is an absolute gem.  The views from the roof-top terraces will take your breath away.  Yes, two roof-top terraces AND a shady garden courtyard …… 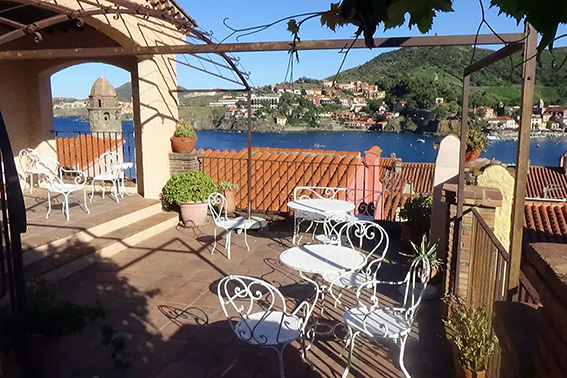 Collioure is the most picturesque village/port on the Catalan Mediterranean coast and has been attracting visitors since the 12th century when the Kings of Majorca made it their summer home.  The Chateau Royal still exists and it is often the subject of paintings, along with Collioure’s beach, colourful streets and harbour.  Around 1910 artists such as Matisse and Derain made it their base, and later Picasso and Charles Rennie Mackintosh visited. 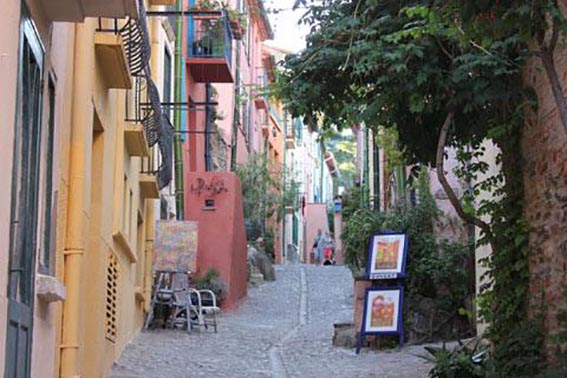