Bonjour from Port Chalmers
All our 2018 bookings have now been processed, so our thoughts are again turning to 2019.  Can we tempt you to join us in Aquitaine?  We have room for just three more guests on Tour Two of Taste France 2019 – guaranteed departure.
The tour starts with a couple of nights in Bordeaux at the welcoming 4 star Hotel Majestic, a guided tour of the Margaux vineyards (including two wine tastings) and dinners at two innovative restaurants. 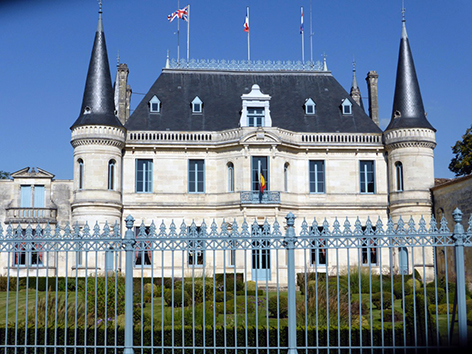 On Wednesday we drive up the Dordogne valley, stopping at gardens and chateaux en route to Sarlat-la-Caneda for a luxury B&B on the edge of the medieval town centre.  During the four night stay we’ll visit more gardens and chateaux, a working nut oil mill, Lascaux for the remarkable cave paintings and enjoy free time in Sarlat on its market day. 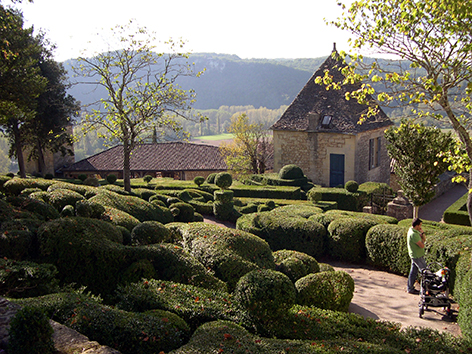 On Sunday we head south for the Garonne valley, but first experience a Sunday lunch at a simple country restaurant that we first discovered in 2010  and which is still getting great praise – see the review below.
Later we’ll be welcomed aboard the hotel barge Rosa with a glass of champagne, while the crew deliver our luggage to the cabins.  Rick Stein cruised on the Rosa in the BBC’s French Odyssey TV series way back in 2005, but since then it has changed hands and been completely refurbished.  It sleeps up to eight guests in four ensuite cabins and has a crew of four to move the barge, wine and dine you and whisk you ashore on half day excursions.  While you visit various pretty villages, markets, chateaux and food, wine and armagnac producers, it is the barge that is the star of this second week, as canal cruising is a unique, relaxing experience. The Rosa cruises at walking speed so you can relax on board while the scenery slides past, or stretch your legs along the towpath, or take off on one of the bikes to explore further afield. 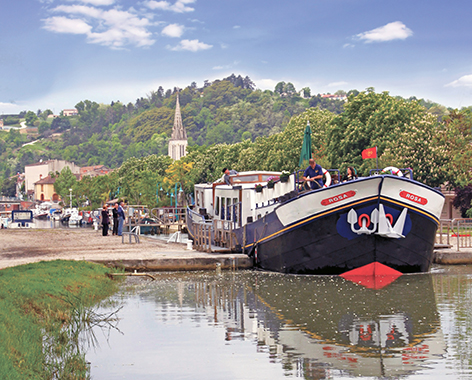 The tour ends with a transfer to Toulouse where we suggest you enjoy at least a couple of nights.  Please get back to us if you would like a brochure with the daily itinerary, inclusions, etc.
Best wishes
Robert & Barbara
BESPOKE FRANCE
Robert Buchanan & Barbara Keen
52 George St, PORT CHALMERS 9023, NZ
ph 643 472 7856,  freephone (NZ) 0800 147 856
email info@bespokefrance.co.nz
website www.bespokefrance.co.nz
November 2010 – LA POULE AU POT – Goujounac
Tuesday lunchtime in a restaurant up a side road on the edge of a small village in south-west France.  It could be empty and sad in these recessive times, but it’s busy – mostly locals at a guess, plus an English couple, some heating engineers from nearby Cahors, and us.  The big attraction? A relaxed, friendly atmosphere and good food at reasonable prices, including a 14€, four course menu with wine, which most people were having.  14€ gets you the soup of the day, dish of the day and cheeses of the day, plus a choice of pudds AND a large carafe of the local red.
How do they do it?  There’s a carefully thought-out labour-saving service plan for a start – we sat down to a short stack of plates topped by a soup bowl, and all the cutlery we would need – a soup spoon, knife and fork and dessert spoon. Each course is brought to the table in a large bowl/platter and diners serve themselves. As we finished, the used dishes were cleared and we were ready for the next course.
The soup of the day was bean and vegetable, topped with slices of excellent country bread.  Delicious, but we were pacing ourselves.  It was followed by the plat de jour – a veal and mushroom stew, with rice, until the rice ran out, then it came with pommes sarlardaises – thin slices of potato cooked in goose or duck fat to a chippie-like crispness.  Sometimes they have with bits of truffle added, but not at this price, still delicious though.  The stew was seriously good, with tender meat and lots of tasty fungus in a rich sauce.  We were told to keep our knives and forks for the cheese course.  Surely there’d be just a tiny sliver, but no, a round of fresh local goat cheese, plus three generous wedges – a sheep, a white-crusted camembert style and a chewy comté with more of the great local bread. We hardly did it justice.
Puddings came already plated, or glassed – there was a choice of chocolate mousse, Ile flottante, rum baba, apple or plum tart – a good old-fashioned line up.  Robert had the apple tart, as usual.   I ordered the floating island, thinking it was probably the lightest choice.  It’s a sweetly simple dish – just poach spoonfuls of meringue mixture in simmering milk, then make a custard with the milk and the egg yolks.  Let everything cool, then float a meringue island on a custard sea and finish with threads of caramel and/or toasted nuts.
Whether you were a table of one or a table of six – you got a litre of wine, but most people seemed to have just a glass or two, a couple of tables didn’t touch it at all.  I couldn’t help wondering what would happen in a Kiwi restaurant if every table got a litre of wine with lunch …..
We loved the relaxed atmosphere and the friendly efficient service.  There’s no hint of meanness, just good cheap French food, well made and confidently presented.  We were shown to a table for three, but the chair in the sun was already occupied by a ginger cat.  He slept on undisturbed right through lunch.  I was very glad that no-one attempted to shift him, and I like to think that if we’d been a party of three, we would have been shown to a different table.