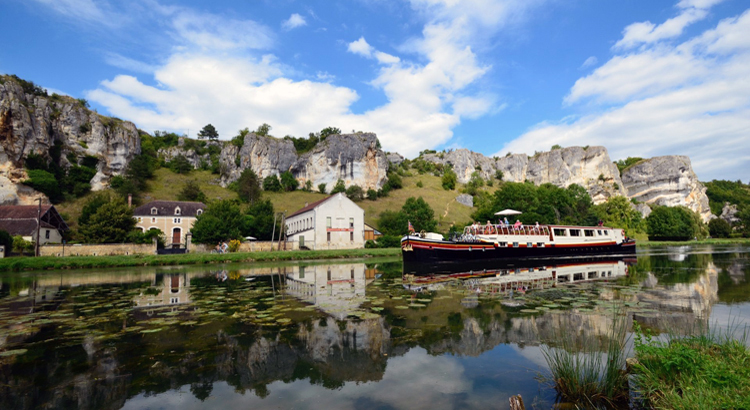 For the third consecutive season the Luciole has teamed up with the Walking Party for very special week – offering the best of Burgundy – walks through the beautiful countryside, daily excursions and cruising on the glorious Nivernais Canal.  Passengers are picked up in Paris & returned there at the end of the cruise. In between, there’s an all inclusive, six-night cruise with a delightful programme of guided walks through forests & vineyards & along rivers, plus daily excursions including wine tasting, history, culture & shopping opportunities.  Then there are pleasures of the Luciole; a beautiful boat with comfortable cabins, excellent food & wine and a skilled and friendly crew.  A truly memorable week, with two of the best tour providers we work with.   €3,200 pp.

At the time of writing, there are 3 double cabins (can be converted to twins) and one twin available. Contact us for a daily itinerary.

Mention BURGUNDY and people tend to think of the wonderful wines of the Cote d’Or, but there is a lot more than wine in this central region of France.   It stretches from the Loire river in the west to the Jura foothills in the east and covers 31,583 sq kms of rolling terrain.

At its centre is the Morvan regional natural park; a mix of forest and moorland, lakes and rivers, as well as farmland.

To the east, it’s mainly pastoral farmland up to the Loire river and the Pouilly-sur-Loire vineyards; noted for their sauvignon blanc, Pouilly-Fumé.

North are the Auxerrois and Chablis vineyards, and some notable churches; the magnificent Gothic cathedrals at Auxerre and Sens, the dramatic Romanesque basilica, Ste Madeleine, above the village of Vezelay and the12th century Cistercian abbey at Fontenay, near Montbard.  Plus there are classic Renaissance chateaux at Ancy-le-Franc and Tanlay and lovely medieval villages such as Noyers and Semur-en-Auxois.

The provincial capital, Dijon, has a delightful pedestrian centre, a grand market hall designed by Eiffel, mustard galore and a proliferation of churches, museums, shops and good restaurants.   Nearby you’ll find the Cote d’Or vineyards, the picturesque wine town of Beaune with its remarkable Hotel Dieu and notable chateaux at Vougeot, Savigny-les-Beaune and Rochepot. 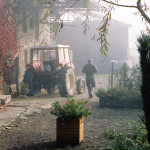 Southern Burgundy has three distinct regions; Brionnais is the rich farming area south of Charolles, and is noted for charolais cattle and lovely Romanesque churches with distinctive bell towers and fine sculptures.  The Maconnais/Beaujolais is well known for its vineyards, but also features a prehistory museum at Roche de Solutré and fine Romanesque art in the abbey at Cluny and the churches in Tournus, Brancion and Chapaize.  Thirdly, the Bresse region, on the plains east of the Saone river, is distinctive for its traditional half-timbered buildings with deep eaves (for drying corn), windmills, hedgerows and poultry; specifically the poulet de Bresse, a prized table bird with slate-blue feet and its own appellation controllée.

In short, Burgundy has some of France’s most gorgeous countryside with extensive forests, lakes, rivers and canals, plus medieval villages and historic towns,  varied architecture and a long history, which is rooted in Gallo-Roman and Celtic times.  Located in the centre of France it tends towards a continental climate with warm to hot summers and cold winters and has good connections with Paris, the south and eastern France. 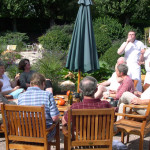 That central location was ideal for us when we worked on hotel barges and so a lock house on the Canal de Bourgogne became our base for three years.   Returning to Burgundy always feels like going home and that’s  why Taste France 2017 is back in Burgundy, The dates are 16-27 September and  the itinerary is from Lyon to Auxerre with seven nights in the centre of Beaune and a strong food and wine focus.  Excursions include a special cooking class with chef Didier Denis in his restaurant kitchen, the Jura region for its dramatic landscape and unique wines, a truffle hunt and lunch, vineyards and chateaux, a day with a local wine expert around the Chablis and Auxerrois vineyards, plus free time to enjoy Beaune’s huge weekly market, and its shops, museums, cellars and restaurants.  Departure is guaranteed with just one room still available.  Contact us asap for a brochure with the daily itinerary.

Burgundy has an extensive network of waterways which are ideal for an independent or escorted boating holiday.

Most of the rental boat companies have bases on the canals and also some on the Saone River and they offer both one way and return-to-base cruises.  Rentals are usually for a week, starting Friday, Saturday or Monday, but there are exceptions, and 10 day, two week, or longer rentals are possible.  Cyclists often hire a boat for 2-3 weeks and use it as a floating base from which to explore ashore. You don’t need a licence to hire a boat and there are ones to suit most budgets, sleeping two to ten people.  For large family get-togethers we have often booked two boats to cruise in convoy.

If you want the comfort of a fully-crewed hotel barge, there are lots in Burgundy, as this is where Richard Parsons created the first hotel barge in 1966.  The Palinurus is still cruising, on the Canal du Nivernais, although it has had several refits since then and is now called the Luciole – http://www.bargeluciole.com/about-us#history.   The Nivernais is the most beautiful waterway in Burgundy (and one of the best in France), but it is shallow with low bridges and small locks, so only three hotel barges brave its waters.  The Canal de Bourgogne is also lovely and has full size locks and better clearance and so has a wider selection of barges.  It connects the Yonne and Saone rivers, via Dijon and offers a variety of routes along its 242km length. 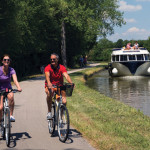 Both the canals are popular with cyclists, especially where the tow paths have been upgraded to a sealed cycle track.  Burgundy boasts lots of cycle routes and some follow voies vertes (green ways), which are  often along former railway lines and so relatively flat and free from motorised traffic.  We have a good selection of self-guided cycling holidays in Burgundy, plus some walking holidays and for small groups we can organise a tour leader/escort. 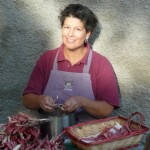 To experience the best of the wine & food, heritage & nature of Burgundy, we heartily recommend a week at Domaine de Cromey. It’s just south of Beaune and is run by our old friends, Dennis and Ellie (pictured left).  They also had a lock house on the Canal de Bourgogne, and, like us, have been leading groups throughout France and beyond since the nineties, but Burgundy has always been their home.  Now they have settled in a former wine domain, renovated the manor house and outbuildings, built a swimming pool and since 2016 have been welcoming guests.  Ellie is a chef-extraordinaire and Dennis is the perfect host, tour-leader & wine expert and together they offer the best Burgundian experience.  Mostly they take bookings for groups of 6 to 12, but also offer Mix & Meet weeks when individual rooms are available for like-minded guests to share Domaine de Cromey.  Currently two dates are available for 2017 – 10 to 16 June and 19 to 26 August.  Contact us for more information.